Antipaxos island, also called Antipaxi, is the smallest of the Ionian Islands and belongs to the municipality of Paxi. According to Greek legends, Paxi and all the tiny islands around it were created when Neptune, the sea god, nipped with his trident, a tiny piece from Corfu in order to create a snug cozy place for himself and his consort Amfitryti.

Located 3 kilometers to the south of Paxos, the islet of Antipaxos covers an area of 5 square kilometers. It was originally inhabited by Souliotes, a historic mountain settlement that became famous for their brave resistance against the Ottoman Empire, but after their defeat in 1803, the Souliotes left the island and moved to other parts of Greece. Now it is uninhabited and totally unspoiled with absolutely no sign of modern living.

The islet has a small harbor called Agrapidia where a network of narrow tracks starting from the harbor reaches the interior of the island, passing the occasional cottage with orchards of fruit trees, vegetables, and wild herbs. The islet is covered with vineyards that belong to the local residents and produce a rich red wine with delicious taste, famous in the island of Paxi.

The islet of Antipaxos is famous for its beautiful beaches and offers some of the best swimming and snorkeling opportunities in Greece. Voutoumi and Vrika, the two main beaches of Antipaxos are located at the north end of the islet and both beaches are safe for all people. To the south of these two beaches, there are a few small and beautiful secluded coves. To go to Antipaxos, there are water taxis that run from Gaios usually every hour. The trip takes about 15 minutes.

The beaches of Antipaxos

Vrika Beach: One of the two famous beaches of Paxos, Vrika Beach has the lovely soft white sand and that Caribbean-esque stunning water. In Vrika beach you can also find two tavernas and enjoy your by the sea. 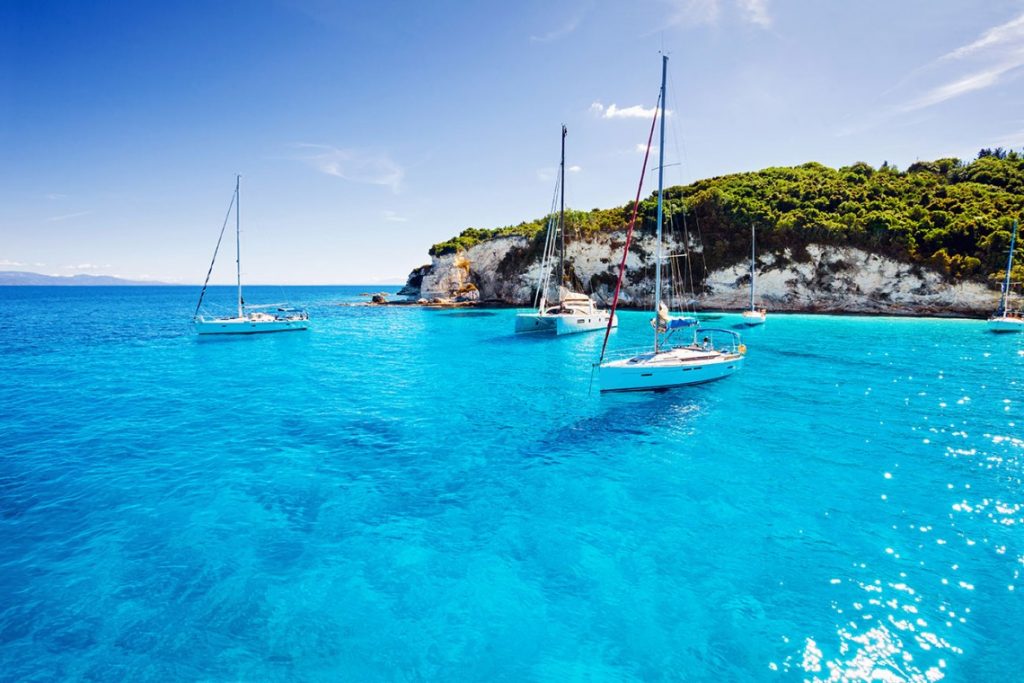 Mesovikra Beach: This is the less well-known beach, the pebbly beach in-between Vrika and Voutoumi beaches. There are no bars, and the beach is pebbly. It is a much quieter beach regarding the other beaches of the island.

You can also be with a quick 5-minute walk to either of the other beaches with the facilities.
Also, there are rocks at the ends of the beach which offer great snorkelling opportunities.
Voutoumi Beach Voutoumi Beach is the largest beach on Antipaxos, and along with Vrika Beach is one of the most famous beaches in the Ionian Sea, and possibly further beyond.
Voutoumi Beach has that lovely white sand, and that ever so stunning blue water.