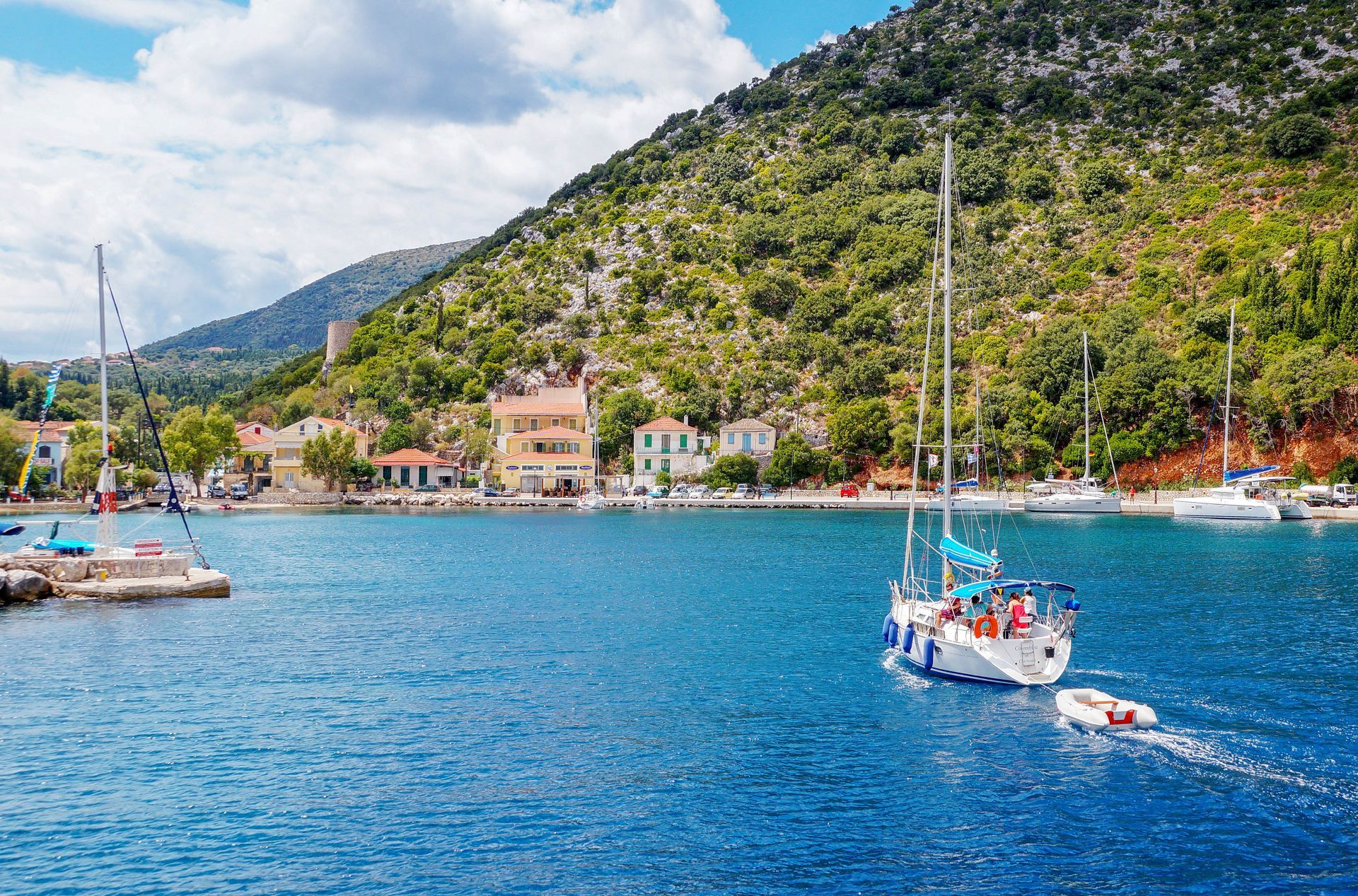 When Odysseus set off for glorious days in Troy, his beloved wife, Penelope, was left alone to unwittingly excite the appetite of men for a gorgeous queen. Before long, the palace was brimful of odious suitors who would flirt with the queen persistently. What is more, they made Penelope promise she would marry one of them. To keep them at bay, she came up with a devise: she promised she would come to a wedding with the best of them when she would have finished weaving a shroud. So, she spent the daytime weaving it and the nighttime unweaving it. Thus doing, she managed to stay clear of the suitors for 20 whole years, until Odysseus returned to Ithaca.

Worldwide famous as the home of Odysseus, Ithaca symbolizes the return to the haven, the discovery and the fulfillment. Despite its proximity to Kefalonia (Cephalonia) (2km northeast) it is much more peaceful, quiet and undiscovered from it, thus being an ideal place for alternative activities and a holiday living up to the standards of the most demanding ones amongst us. With its 27-kilometre long and 6.5-kilometre large mountainous surface, it boasts plenty of hiking as well as mountain bike trails in a sequence of blue and green alongside the coast and through olive, cypress, pine, oak, arbutus and carob trees up on the hills.
Scuba diving and sea kayaking are some of the options too, while the Cave of the Nymph will give you the chance to combine an exciting visit with a myth: Odysseus had hidden there the gifts he had brought along from the land of the Phaeacians.

The 3.000-odd inhabitants of the island reside in some of the following villages:

Vathi: Marked by the features of the local architecture, it is the capital of the island and home to the Maritime and Folkloric Museum as well as to the Archaeological Museum of Ithaca. Vathý is built on a bay the center of which is decorated by the tiny little island of Lazarétto, a former sanatorium and prison.
Perahóri: A gorgeous scenic little village with a breathtaking view over the island. Built at the edge of the Afentikós Lógos forest, it is the perfect starting point for walks by medieval ruins in the oaks.
Stavrós: Situated on the north of the island, this village hosts another Archaeological Museum, known for the clay mask of the 1st century A.C. writing “ΕΥΧΗΝ ΟΔΥΣΣΕΙ” (= “a wish for Odysseus” in Ancient Greek).
Anoyí: A must of a visit thanks to the upright stones of the area (menhirs) the tallest of which goes as high as 8 metres.

It might be difficult to date the local dishes back to the ancient era; still their taste is mythical all the same. Try codpie, tomatoballs, savóro fish (fish fillet fried in vinegar, raisins, rosemary and garlic) tserepáto (red meat of chicken charcoal-grilled in a clay pot) and, as a desert, rovaní (ground rice with honey).